The adventure has begun.

SLC. Fresh as a daisy. 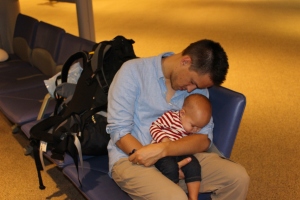 Tokyo. Not so fresh anymore.

Tuk Tuk ride. Fay likes the feel of the wind in her bow. 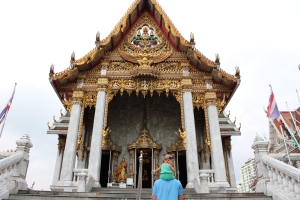 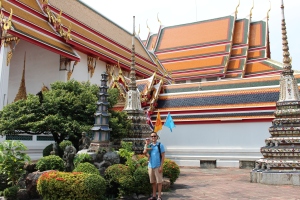 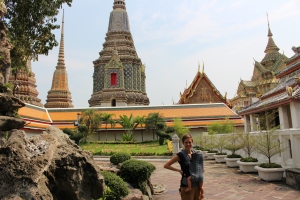 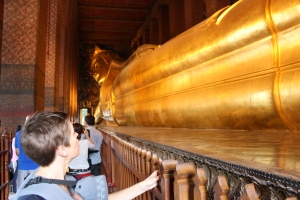 One day in Bangkok is plenty of time. Headed South. 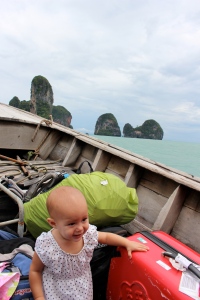 Fay is  really diggin the view. 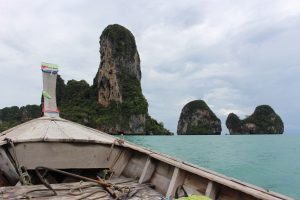 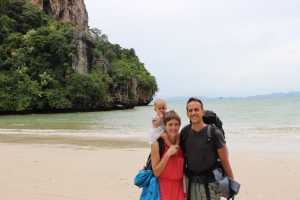 We think we’ll settle down here for a little bit.

Fay Update: We are proud to announce that she is still alive.  She’s had her moments, but overall she’s done quite well.  Her constantly changing surroundings have pushed her into hyperdrive, which adds a nice level of stress to our otherwise unencumbered lives.  Ever since she took a record 12 steps in the airport the other day, she’s decided she wants to try running.  It never turns out well. She also started climbing in our Bangkok hotel; she may have broken the room phone as a result.  And yes, the rumor that Thai people love babies is absolutely true. Fay is now a celebrity; everyone follows her around and she even has paparazzi issues to deal with (we’ve counted about 6 people who have taken a picture of her so far).

Bangkok: One day is about all you need here.  The highlight of our day in this mess of a city was Wat Pho. The most exciting part of the day in Bangkok was Fay pooping all over Herself, Ty, Sloane and the Taxi. The most stressful part of the day was being stranded in the outskirts of Bangkok in torrential rains for 45 minutes. Apparently rush hour + monsoon = no taxis. Good to know.

Today is Day 4 and we are now in our third hotel (technically bungalow). We’ve used planes, trains, automobiles, tuk tuks, and boats to get to our current location.  We are exhausted and sore. To alleviate our pain and suffering, we’ve both gotten foot massages and Thai massages.  Feeling much better now.